INDIGO IT is a certified women-owned small business (wosb) and a disadvantaged minority business enterprise (dmbe). In 2014, indigo it was named the small business administrations prime contractor of the year.
Shane van Wyngaardt, co-founder of INDIGO IT, has been a generous supporter of our Club since the beginning, we appreciate you sticking with us all these years!

Recognized by the worlds top chefs, Cuisine Solutions is the authority on sous videthe innovative slow-cooking technique that we pioneered, perfected and popularized.

To all our families, one more big "thank you" for letting us coach your kids this year. Thanks also for all the help from parents. We could not do it all without you!

We can definitely say that this was a successful season, considering our progression from only 22 to over 60 members from our inaugural year in 2011!!

We all met up in Marshall VA for the season-ending tournament. We entered 5 teams into the competition: U7, U9, U11 (touch teams), U13 and U15 (tackle teams). We got our first silverware, thanks to the good performances of the U15's!. View pics and read more below: 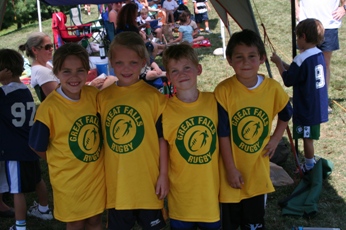 You showed great commitment to hang in there for so long. Their last game was at 4pm on Saturday, it seemed that you guys had the worst schedule of all the age groups. But you remained motivated until the end, and played WELL.

Thank you kids and parents!
U9: Well done! 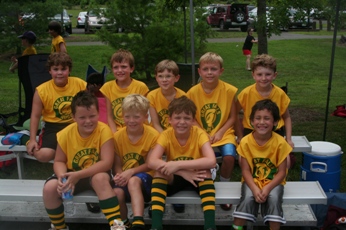 While we did not get the results we might have expected, our guys hung in there and played with heart. Some good running, passing and fighting spirit! Look forward to continuing next year! Thanks so much! More team pics at Facebook including those goofy ones.
U11: Great fightback! 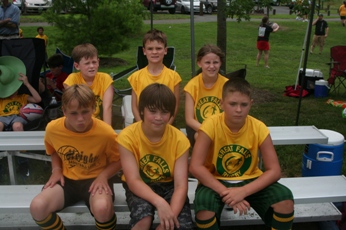 Sorry that I could not be in so many places at once, but I was told of a great fightback and a lot of spirit in the last game to record our WIN! It was tough in the first games, so that was fantastic news!
U13: Thanks to the 3 of you for making the effort despite the small numbers! It showed your commitment to the 'cause'! I could not see all the games, but I know that we never gave up! Need more numbers for ALL age groups next year to allow the kids to fully benefit from these programs (more on all that to follow). Rayne, thanks for stepping up and playing with PAC-Bailey. You guys did really well. And I did not get a team pic of you guys, sorry for that.
U15 Bowl Winners! 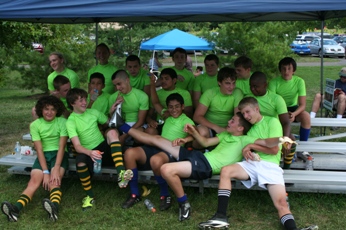 Tough start to the competition against Springfield (eventual run-away winners - they had some monsters!). But you never gave up, improved & pulled together with a make-shift team (3 different teams put together that morning) to end up 2/2 and winners of the Bowl. You can be proud - for a team of kids with a couple of months of rugby under your belt! As mentioned: need more numbers to avoid having to join forces with other teams on match/tournament days. (again: more on that to follow!!).